My latest paper is out, a commentary, in which together with Luis Larrondo, we evaluate evidence regarding the relative contribution of the different steps of gene expression (transcriptional, post-transcriptional, translational, etc.) in determining daily mRNA and protein rhythms in eukaryotes. We argue that it’s too early to assign a predominant role for one specific stage in this process, as some papers have done, due to a variety of biological and particularly, technical, reasons. We further propose that RNAPII recruitment is rhythmic on a global scale, setting the stage for global nascent transcription, but that tissue-specific mechanisms ultimately locally specify the different processes under clock control.

Here’s the link and info:

In the Driver’s Seat: The Case for Transcriptional Regulation and Coupling as Relevant Determinants of the Circadian Transcriptome and Proteome in Eukaryotes 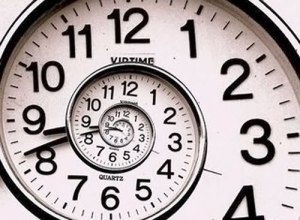 Circadian clocks drive daily oscillations in a variety of biological processes through the coordinate orchestration of precise gene expression programs. Global expression profiling experiments have suggested that a significant fraction of the transcriptome and proteome is under circadian control, and such output rhythms have historically been assumed to rely on the rhythmic transcription of these genes. Recent genome-wide studies, however, have challenged this long-held view and pointed to a major contribution of posttranscriptional regulation in driving oscillations at the messenger RNA (mRNA) level, while others have highlighted extensive clock translational regulation, regardless of mRNA rhythms. There are various examples of genes that are uniformly transcribed throughout the day but that exhibit rhythmic mRNA levels, and of flat mRNAs, with oscillating protein levels, and such observations have largely been considered to result from independent regulation at each step. These studies have thereby obviated any connections, or coupling, that might exist between the different steps of gene expression and the impact that any of them could have on subsequent ones. Here, we argue that due to both biological and technical reasons, the jury is still out on the determination of the relative contributions of each of the different stages of gene expression in regulating output molecular rhythms. In addition, we propose that through a variety of coupling mechanisms, gene transcription (even when apparently arrhythmic) might play a much relevant role in determining oscillations in gene expression than currently estimated, regulating rhythms at downstream steps. Furthermore, we posit that eukaryotic genomes regulate daily RNA polymerase II (RNAPII) recruitment and histone modifications genome-wide, setting the stage for global nascent transcription, but that tissue-specific mechanisms locally specify the different processes under clock control.

This entry was posted on October 9, 2015, 15:41 and is filed under My Publications. You can follow any responses to this entry through RSS 2.0. You can leave a response, or trackback from your own site.